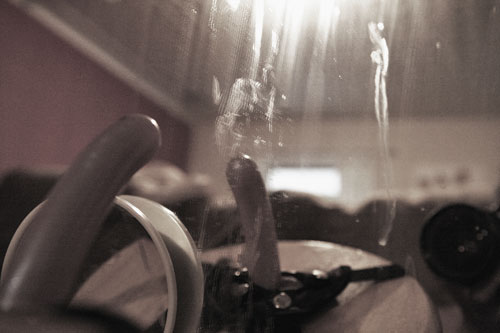 Finally he got over to my place, I think it was a Sunday night. Cute kid, nerdy glasses, he sat on my couch and I sat in my club chair which has the two back legs removed. I asked him a lot of questions. He was pretty shy. I was not feeling the least bit horny, even though I had my chance do something—anything—that I wanted. I could have really gone anywhere I wanted; he was a virgin, I believed him, and I could try anything he was game for. Anyway, finally, he said, so, well, are we going to do something?

When I felt the first desire to orgasm and drink it, I mentioned it—very trippy to talk openly about that in the moment it happens or might happen. He admitted his desire and said he might try if I helped him.

He orgasmed, and it was so sweet. I cupped my hand at the tip of his penis and I could feel the sudden ultra warm thick spurts of his semen into my hand. As he came, I encouraged him to let it out and feel himself ejaculating and said the kinds of things I would love to hear when I’m cumming. I cannot tell you how good it felt, how surprising and so fucking hot as the thick spurts hit my palm as he watched…. my god… I caught it all preciously, carefully. I could have easily just reached my mouth around his cock and taken it into my mouth, but I didn’t feel ready, and this was going to be something else, something more overt and more open and there I was with a cupped palm full of his semen, looking at his face.

It was all in slow, suspended motion.

He is watching all of this in the mirror.

And I swallowed myself has he looked at my face.

I have not had a chance to ask him how he felt about that.